Physical, chemical and emotional changes take place during pregnancy. These changes are generally influnced by the sudden and dramatic increase in hormone levels, especially oestrogen, progesterone and relaxin.

Nausea and morning sickness, often experienced in the first trimester, is attributed to this sudden rise in hormone levels. The influx of hormenes can also cause indigestion and constipation, tiredness and mood swings.

Changing emotions in pregnancy cannot be totally atributed to the rise in hormones, any more than pre-menstural mood swings can. Anxieties about the pregnancy, finances, giving birth, body shape worries, aches and pains can all contribute to swings in emotions.

Physical changes due to weight increase can put a considerable strain on our musculo-skeletal system. Posture is constantly changing throughout the 3 trimesters, as seen above. Expectant mums can put on as much as 10kg of baby, water and placenter wieght. The weight increase, combined with the hormone relaxin, puts enormous stress on our joints, organs, ligaments and other tissues of the body. Relaxin prepares the pelvic floor or pelvic ring for birth. It allows the ligaments around the pelvis to r

elax, however all ligaments throughout the body are affected during and for sometime after pregnancy, increasing general flexibility. It is important to remember that although being more flexible sounds promising, ligaments are responsible for stabilising our joints, therefore lax ligaments can mean lax joints, so stretching and yoga should be modified.

Dr Steven Sandler (2011), Director of Expectant Mothers Clinic at the British School of Osteopathy (BSO), attributes Symphysis pubis dysfunction (SPD), occurring in 25% of pregnant women, to the hormone relaxin which increases the laxity of the usually tightly bound ligaments around the pelvis. The pelvic ring, seen below, comprises the two sacro-illiac joints at the back and the pubic symphysis at the front. These joints are tightly supported by ligaments and therefore any loosening off of these tissues, due to the presence of relaxin, can lead to joint instability and movement causing either discomfort or significant pain. 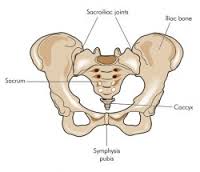 Osteopath, Dr Sandler, found that the most common problem, up to 82% of pregnant patients treated  at the BSO in 1996, was low back pain with or without referred or sciatic pain. Other common areas often reported as causing problems in pregnancy are mid thoracic spine, ribs and difficulty breathing, groin, wrist/carpal tunnel and foot problems. Segal et al (2012) found that changes in the feet of pregnant women, mainly  loss of arch height  due to the combination of weight gain and the hormone relaxin caused problems further up the body. They postulated that this loss of arch height may predispose the patients to increased musculo-skeletal issues post partum. 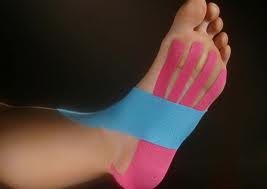 A study of 320 pregnant patients in the US, 50% received osteopathy and 50% not, proved that those recieving osteopathic treatment had improved  labour/delivery and less LBP in the 3rd trimester.

Osteopaths are trained to treat in pregnancy and understand the natural changes that take place and how the body adapts. They understand the fears and emotions that go with pregnancy and having a first child. Wee Ones nursery principal in Wandsworth Town expresses that…. Nature looks after mother and child and mums need to believe that and listen to their bodies as it is a totally natural process.

Osteopaths/ physiotherapists will generally avoid or heavily modify their treatment in the most vulnerable weeks 12 and 16. Lisa at Osteopath West is available for appointments at Bodyline Fitness Studio, Ealing W5.

Looking for a photographer?    teresawaltonphotos.com 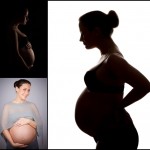