Which medicine should I be using for my musculo-skeletal pain?

70-80% of the population mismanage their medication for musculo-skeletal pain with 2000 deaths a year, in the UK, related to non-steroidal anti inflammatory drugs (NSAIDs). It is important that we improve our knowledge of what drugs are safe to take since self medication is epidemic and over the counter painkillers and anti-infammatories are so easy to come by. 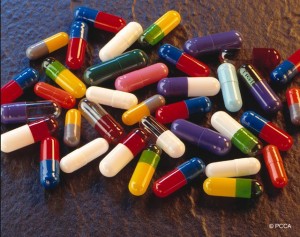 Patients I treat often ask what to take for pain, how long for, how many times a day, ice or heat, tablets or topical (ointments/creams)? My answer is always patient specific, taking into consideration their age, injury type and stage and past medical history.

Whats on offer at the pharmacist?

Paracetamol,  ibprofen, asprin, ibprofen gels and other anti-inflammators tablets and gels such as voltarol. Then the GP may have prescribed co-codamol, diclofenac, naproxen, gabapentin, tramadol, codeine and the list goes on.

Paracetamol is a mild analgesic (pain killer) and anti-pyretic (reduces fever/temperature). Better and faster acting if taken on an empty stomach. It is very toxic if recommended dose is exceeded,a  combination of  paracetamol with alcohol can be lethal as it kills the liver cells. Ironically most of us have reached for the paracetamol after drinking to prevent a hangover. Best advise is to drink water before bed and take the paracetamol in the morning once  alcohol is out of our system. Paracetamol is not an anti-inflammatory but can be taken combined with NSAIDs ie ibprofen for inhanced effect. Paracetamol has few side effects, occasional headaches or a rash and is therefore a fairly safe drug but its toxicity must not be under-estimated and essential that the recommended dose is not exceeded.

NSAIDs or non-steriodal anti-inflammatory drugs are readily available behind the counter, ibprofen probably the most know in the UK. NSAIDs are anti-inflammatory, pain killing, reduce high temperature and are used for mild to moderate relief of pain and are fast acting. Asprin is also a NSAID, as is diclofenac, naproxen and celecoxib, latter three via  prescription. It is well documented that long term use of  NSAIDs can damage the gastric mucosa and lead to gastric ulcers, bleeds and can be fatal. Celecoxib is  less harsh on the gut wall but is also much more expensive than other NSAIDs  so GPs don’t often prescribe it, even tho 1/3 of gastric bleeds in this country are due to NSAIDs, more than asthma and cervical cancer combined (Shah 2012).

NSAIDs can be taken with painkillers ie paracetamol or codeine. the combination will enhance the effect on soft tissue injury, inflammation and pain. Research has shown that early use of NSAIDS on acute soft tisse injury may impede long term healing and prolonged use may have a negative effect on bone and ligament healing (Hunard 2005). Try paracetamol and ice for pain relief initially and use NSAIDs if required at a later stage. Infact it is thought that celecoxib used towards the end of the healing may increase tendon strength for rehab.

NSAIDs are best avoided with any history of gastric problems, high blood pressure, clotting disorders, kidney or liver disorders, heart failure and in the over 70s. NICE  (goverment guidelines) recommended in 2009 that PPI (proton pump inhibitors) be taked with NSAIDs to protect the gut wall from damage.

Other drugs used for pain control are opoids which cause a morphine-like effect and used widely for chronic musculo-skeletal problems. They are however addictive and recreational use is  high, they also have many side effects. BuTran patches can be effective for chronic pain like osteoarthritis, as they are released slowly through the skin.  Codeine is also an opiod used as apain killer and also frequently used in cough mixtures. It combines well with many other painkillers and NSAIDs such as asprin and paracetamol. Tramadol is safe for asthamatics and is used often for fibromyalgia and rheumatoid arthritis. Diazepam mainly given as a muscle relaxant is hugely addictive and also used for anxiety as it is sleep inducing.

A few other drugs used for neuropathic pain (nerve) are amitriptyline, also for depression, gabapentin and  pregablin have few side effects so becomming a popular choice for nerve pain, used originally as anti-convulsant drugs.

Athletes and prophylactic use of NSAIDs in sport. 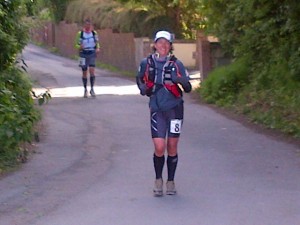 Ultra runners often use NSAIDs as a preventive

2010 World Cup football 39% took NSAIDs before every game. Ironman Brazil 2008 60% took them prophylactically (as a preventive measure). I have been to many endurance triathlon and ultra running events and there is a strong culture of NSAIDs misuse amongst these athletes, taking drugs before and during the event with the belief that it will prevent pain during and soreness post race.

Infact Nieman (2005) suggests that using NSAIDs during a race increases the risk of  damage and microtrauma in long distant runners. Nieman also comments that mild kidney impairment has been frequently measured in long distant runners. Dr Sturat Warden (2009) strongly advises against this culture by stating  there is ” no  indication or rational for prophylactic NSAIDs taking in sport, therefore constitutes misuse”.

Finally if you decide to use a painkiller or anti-inflammatory for an injury it is advisable to take a regular course for 3-4 days or more rather than take one here and one there and have large gaps as the effects of most drugs build gradually and will be more effective. Topical creams and gels are less harmful but less effective too. Ice can be used as a temporary painkiller, ice is best applied for 2 x 10 mins with 10 min break in between (Prof Watson 2010). Make sure that you cover the skin with a thin cloth before applying ice pack, although ice has long been frequently used to reduce inflammation, there is no research proving that ice is in fact an anti-inflammatory. Acupuncture can also be an effective treatment for relief of musculo-skeletal pain and inflammation, many of my patients find that a combination of osteopathic techniques combined with acupuncture or trigger point therapy works effectively.

Please feel free to ask questions or leave any comments below.